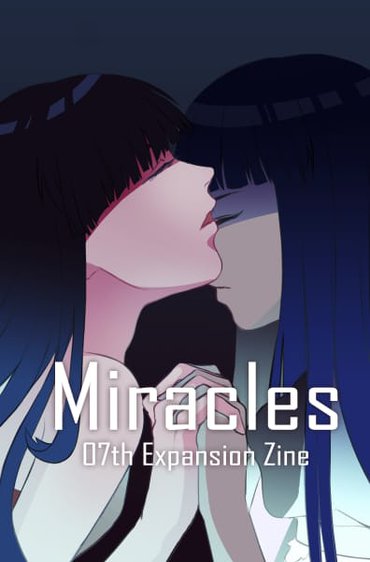 Earlier this week on the 18th of Jan, 07th Expansion Fanzine ‘Miracles’ has opened their doors to preorders! The Fanzine, a collaboration between 19 Tumblr users includes illustrations and writing featuring characters from Higurashi, Umineko and Higanbana. As far as we’re aware this is the first Fanzine of it’s kind for 07th Expansion by western fans, so we’re super eager to help promote it and get it the preorders it deserves!

We’ve contacted Gigi, one of the co-creators for comment, and she’s provided a great summary of how Miracles came to be. I’ll let her take it away!

Miracles is curated by me, Gigi, and a good friend of mine named Alice. We’re both art majors in our third year of university. A few months ago we grew kind of curious and slightly discouraged by a lack of fanmade merchandise for 07th Expansion, because we each adore Ryukishi’s storytelling and his attention to developing interesting characters. We felt it should definitely be celebrated.

I also run a kind of dumb askblog called askhinamizawa that I pop into unannounced occasionally. It’s been really fun seeing people react and engage with the posts in the tags, so I definitely felt encouraged that other people were passionate about Ryukishi’s work. As for what got me into Higurashi, it was one of the first animes that I’d ever watched so it has a lot of nostalgic value for me. I was just always impressed with the themes of resilience, hope and trust that was presented in a series that is at it’s surface, is quite deceivingly silly and dark. That’s why we decided to go with the theme “Miracles.” My personal favorite characters are Shion, Rika and Satoshi from Higurashi, and Jessica from Umineko. 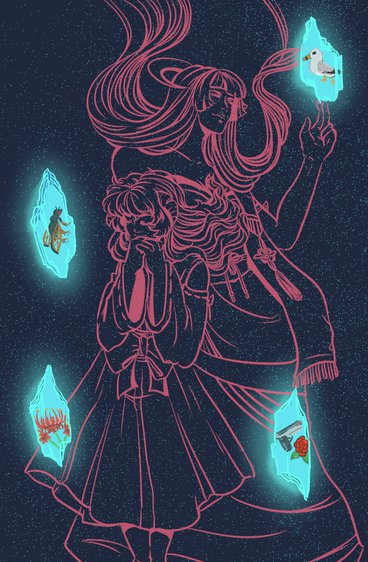 We did unfortunately have some problems circulating the project in the beginning when we were signing artists up back in September-October, so this Zine is a smaller one. If only we had a better outreach then! But we are very satisfied and ecstatic with all of the submissions we have gotten. We didn’t want to discourage anyone from applying to the Zine because we wanted it open to all fans, so that’s why we were a little ambitious with what we were looking for. We saw that many Zines going around were solely illustration-based, and we thought it was more interesting and inviting to get artists from many specialities contributing to the Zine, so we opened it up to illustrations, short stories and cosplay photos. We did originally have one artist that was doing a piece on Rose Guns Days, but unfortunately they had some personal deadlines come up that were not anticipated.

As of where the project stands right now, as you see we’ve just opened up preorders yesterday (1/18/17). We need to do a little bit of formatting and make the artist credits page before we send it off to the printers and we’re in the process of getting the charms designed. It is a big relief to be out of the submissions period though, as both of us contributed pieces to the inside of the Zine as well as the covers.

We’ve decided that all proceeds after printing costs will be going to thehotline.org, The National Domestic Violence Hotline. This is because abuse has been a major issue carefully analyzed and discussed in Ryukishi’s works. To honor his encouragement to seek help and trust in others when you’re in a dangerous situation, we figured this was the least we could do.

We at Rokkenjima are very enthusiastic about supporting all efforts to create 07th Expansion fanworks and merchandise, especially when the project is putting all proceeds toward a cause that we’re sure Ryukishi07 himself would be proud of. If you have any cash to spare and wish to support all these awesome artists, we hope you’ll consider preordering the Zine! You can find the Zine and bundle with charms on their tictail here. Be sure to spread the word! And if you’d like, you can follow Gigi on here on Twitter and here on Tumblr, and you can find co-creator Alice here on Tumblr.

Here’s hoping for more 07th Expansion fan projects to come in the future!